The annual auditable accreditation was designed by our recent student interns, Yannis and Ravi.

They were tasked with a project to decide how we take our work forward. During their internship, they spoke to our business contacts, including large and small organisations, and ran a focus group and survey with students.

We have since taken their work forward, developed it and have now launched it with some early adopters.

If you would like to gain a competitive edge by knowing what it takes to attract young people and become an employer of choice then get in touch.

Why is the accreditation needed?

Companies are struggling to attract and recruit candidates in a tightening labour market. Are you one of them? If you want to attract from a wide pool of talent, including young people, and stand out from the competition you need to understand what it takes to achieve this.

The Access Generation Accreditation supports companies who want to gain a competitive advantage by knowing what it takes to attract digitally savvy young people. 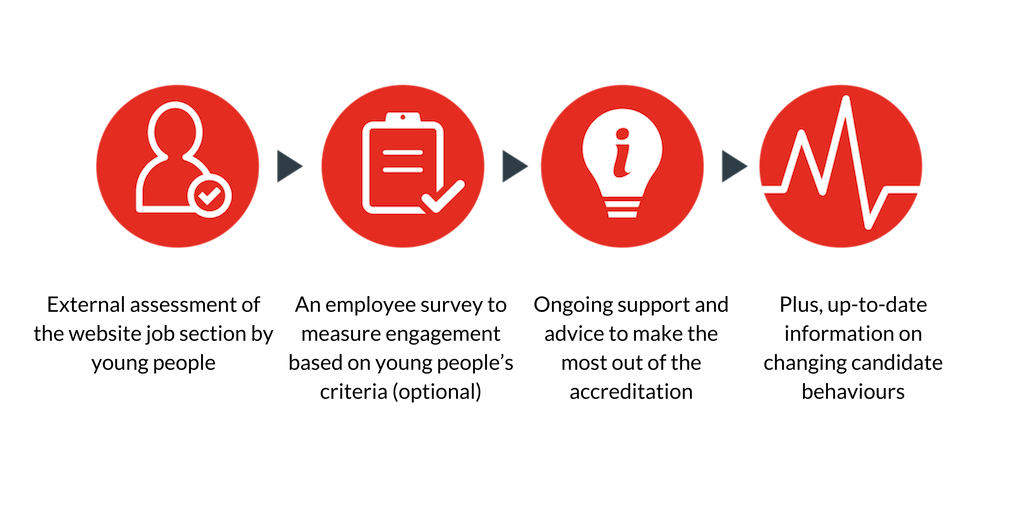 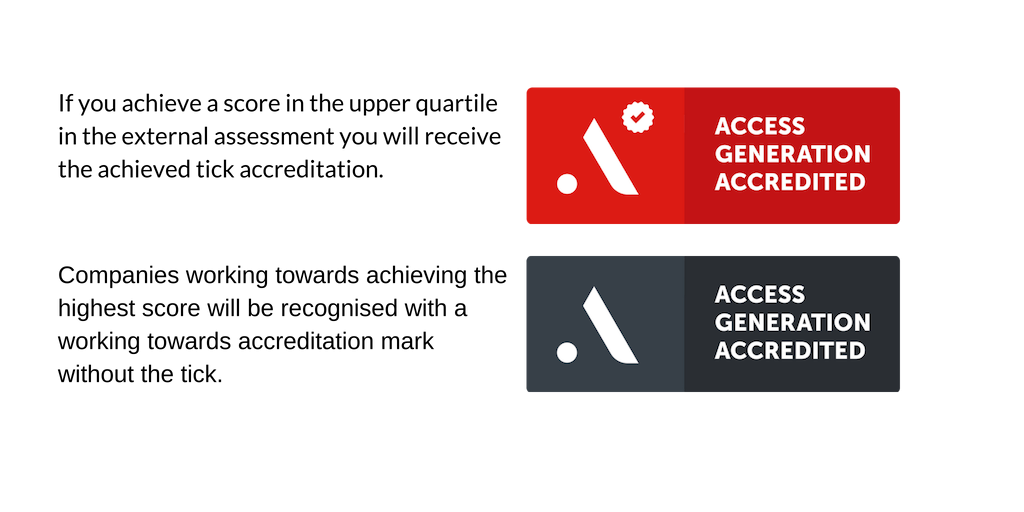 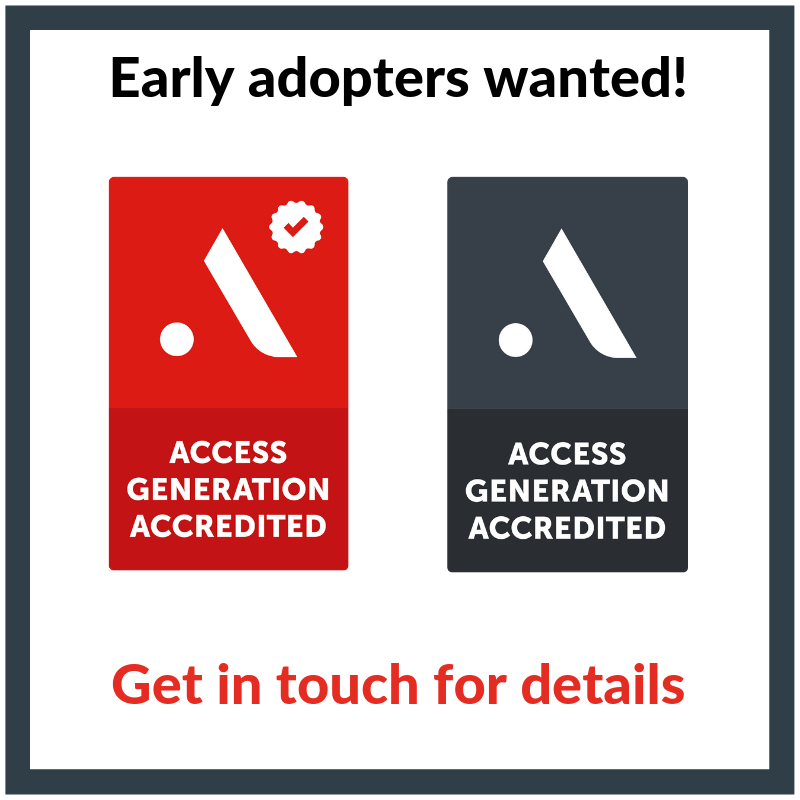